You are here: Home / environment / Phasing Out Traditional Fire Pits in the US & Canada

With the summer season fast approaching, the dangers of traditional fire pits and open flame barbeques in American and Canadian parks present increased risks, both to the environment and the community. Over the past two decades in Australia, displaced fire embers from open flames have sparked rapid-spreading wildfires, leading to extended fire bans, which disrupt community engagement with park and recreation areas. In response to the risks, Australian Park Managers, Rangers, and Councils have installed electric bbq systems, which keep parks safe while ensuring they remain attractive to the public.

Fires: The #1 Enemy Of Parks 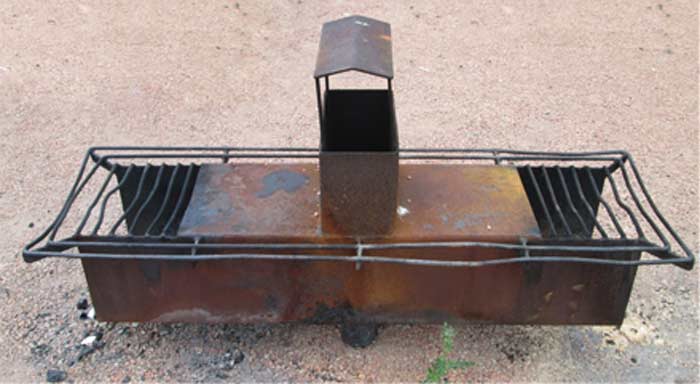 While an uncertain budget situation is impacting future openings of parks and recreation areas, their present is threatened by fires. In 2016, one outside fire was reported to the US National Fire Protection Association every 48 seconds. In 2017, wildfires consumed 9.7 million acres in the United States, 49% higher than the average figure of the previous 10 years. Wildfire season also increased over the years, from 5 months in the early 1970s to over 7 months today. Climate change is partially responsible for this increase; however, most fires in the U.S. are caused by people, directly or indirectly.

An analysis by the NFPA found that, while 20% of brush, grass and forest fires was started intentionally, the vast majority of fires (60% in 2007-2011) are accidental in nature and sparked by hot embers or ashes, open burning of debris, high winds, smoking materials and playing with heat sources. In many cases, barbecues and campfires caused fires to go out of control. Human lives are at stake too, with dozens of lives claimed on a yearly basis between firefighters and civilians?without counting the economic losses, clocking in the millions of dollars.

Grills and BBQs specifically account for about 8,200 fires (most of them classed as outside fires) each year in the United States, resulting in 15 deaths, 120 injuries, and approximately $75 million in property damage. On beaches, it’s hard to dispose of hot coals and debris from ground fires which can be dangerous to walkers if not extinguished properly.

Foreign Invaders And The Local Ecosystem

A hidden hazard component of open flame barbeques lies in the wood, even before it?s set on fire. In fact, firewood can carry invasive pests and diseases that kill native trees. To this end, many states have set up quarantines to prevent firewood transportation inter-state, inter-county or even by mileage.

On the other hand, gathering firewood locally may prove to be detrimental to local soil regeneration. Fallen wood and leaves are a vital piece of the ecosystem that should not be interfered with where possible.

Current Coping Methods Are Proving To Be Ineffective

The safety of parks and recreation areas remains a primary concern of authorities. The California Department of Parks and Recreation is one of many bodies who chose to ban wood or charcoal fires, limiting bonfires to designated fire rings on its beaches or opting for propane only barbeques.

Fire bans may provide a patch to the leak but, ultimately, they may discourage visitors who seek occasions for a family picnic outing and may not be equipped with a portable barbecue grill.
Learn more about how the Australian BBQ systems can positive impact in your local area.

'The safe & easy to use barbeque, perfect for any park setting'